Magic rituals stem from old types of energy manipulation that were and are still used by different types of magician.

Witches of old invoke earth, wind, fire and water energy to call upon old energies, in an effort to control and manipulate these ancient forces for better or for worse.

In essence, magic rituals have been handed down over the ages and work with the format of ritualistic routines that can invoke other non-human energies to help with the desired outcome of the magician. Magic as it is portrayed does work, and the magician can attain a large degree of power using spells and commanding supernatural forces.

As with all things, intent is the key to any magic ritual and the state of mind of the magician. People using earth energies can find themselves able to control people, events and also animals as their understanding and power grows.

This brings the problem of the human “ego” which without boundaries grows to eventually control the person and then has the ability to draw negativity through the use and abuse of power.

Many people in high places of power (whether that be corporate or governments) enlist the help of dark arts to gain their advantage over their competitors. While it may seem enticing to invoke magic to help you get what you want in life (as like attracts like) you will find yourself drawn into dark and negative situations which may well involve your family and loved ones.

Extracting yourself from the bindings can be very tenacious when you realize they have a hold over you.

Be careful with this area of non-human communication as it can be very “grey”. Moving from positive to negative intent is easy to overstep

The Lesser Ritual of the Pentagram (or LRP) is a ceremonial magic ritual devised and used by the original order of the Golden Dawn that has become a mainstay in modern occultism.

It is considered by many to be a basic preliminary to any other magical work, so much so, that it was the only ritual, beside initiation rituals, taught to members of the Golden Dawn before they advanced to the Inner Order.

The ritual is highly dynamic, using gesture, visualization and the pronunciation of certain words of power, combining prayer and invocation, as well as clearing and preparing a space for further magical or meditative work. The ritual banishes the chaotic and impure form of the elements from the magician’s circle by the tracing of Pentagrams in the air and by the power of certain Divine names followed by an invocation of the Spiritual forces ruling the elements to fortify and guard the circle.

The principal components of the Qabalistic Cross and the Lesser Ritual of the Pentagram are drawn from the works of Eliphas Levi. The text originated as a Jewish prayer, as documented by R. Samson Raphael Hirsch in ‘The Hirsch Siddur’ [Feldheim Publishing, 1969], which reads as follows:

“In the Name of God, the God of Yisrale: may Michael be at my right hand, Gabriel at my left, Uriel before me, Raphael behind me, and above my head, the presence of God.” 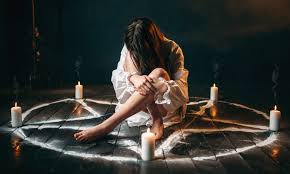 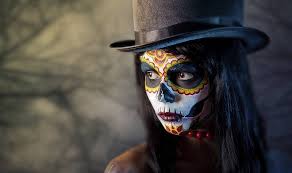