The Unity Of UK Psychic Surgeons story.
On 14th December 2007 Nina Knowland was influenced by one of her Healing guides Harry Edwards to get in touch with other Psychic Surgeons to join together and form a group of UK based psychic surgeons.

“We have no Qualifications or governing body for the work we do, AND WE KNOW WE DON’T NEED THAT, WE FOLLOW OUR GUIDE’S. But our work could be made difficult to practice and it is my thought’s that if we formed a group of some kind we would be all aware of what is happening and stand together on our rights to practice our gift of Healing in this way”.

On the 17th December 2007 Nina sent an email to Stephen Turoff.

Stephen Replied:
“It is a very hard path to follow especially when you first start off. Is there anyway a Group could be formed that we could all belong to so that genuine gifted Healers could have support? Would you ever consider starting one to help the younger ones that are working in this way.? the reply kindly came back. “Stephen will pray for you and your work you are doing. Just have faith and follow God’s path.”

Nina decided it was going to be left to her to start a psychic surgery group. Emails continued between Nina Andy and Gary.
On the 2nd February 2008 Nina phoned Geoff Ward at the Western Daily Press office for an appointment and on 19th February 2008 the three Psychic Surgeons Andy, Gary and Nina met together for the first time in the newspaper office located in Bristol UK.
What started out as a Group was quickly turning to an Organization.

The information coming from Harry Edwards was to set up an Organization that had to be on a par with the NFSH, Nina did not realise at that time that the NFSH had been Founded by Harry Edwards, it was only after speaking to Tricia Robertson who is carrying out Nina’s research that she found out about Harry and the NFSH.

Harry Edwards came across very strict and insistent, the organization must be within the Law and accepted by other Organizations. He worked with Nina for weeks into the early hours of the morning giving ideas about the Code of Conduct, Code of Practise and Disclaimer.

On the evening of the 6th April 2008 the three Founder Members of the Unity of UK Psychic Surgeons had a meeting over a meal. The evening was described by Andrew Porter as good energetic energy!

We had much to celebrate, On 7th April 2008 the Website went live.

On 8th April 2008 Andrew Porter started enquiring about Insurance and on the 9th April 2008 Nina Knowland had an email back from the Insurance company stating we had been accepted.

For the first time in the UK, Psychic Surgeons and Psychic Surgery was accepted as a legal alternative therapy for which the practioners could be insured. 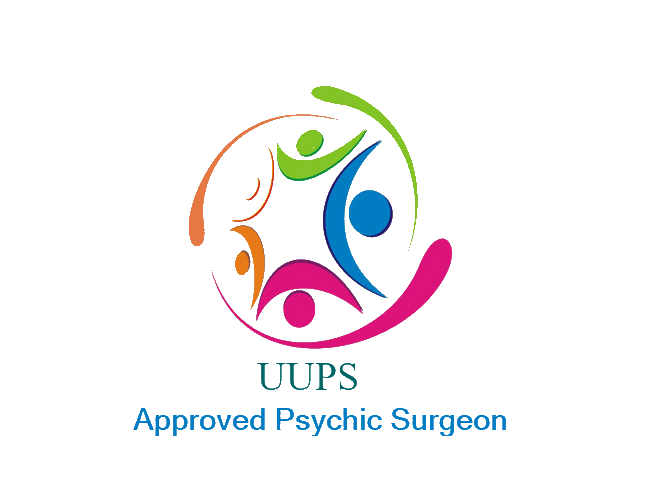