A thought form is a manifestation of energy created by a human being that can be created by pure thought and then given intent to either be something or do something. Everyone creates these types of energies every day without even in the main realizing this is what they are doing.

Those of you that are evolving rapidly and understand the concept of a multi-functional brain that can exist across many different dimensions at the same time, fully understand that the thoughts you think and the intent intersected with those thoughts create manifestation in other dimensions. Humans over decades have understood this and those that work with the occult sciences practice this regularly.

Mystery schools have taught these teachings for many years and people in places of power regularly use the manifestations of their thought forms to do their bidding in different dimensions. Thought forms can change the present day and also the future as you perceive it, making this subject very critical in the understanding and Spiritual evolvement of a human being. If you look around today all self-help books use the concept of thought forms to change the way you think and act.

To start with, creating a thought form is what it says – asking your mind to create an energy construct, then give it your intent. The more time and detail you invest in this process the stronger the thought form will be and the more likely it will do what you want it to do.

Let’s say you spend ten minutes every day before you leave home for work focusing on your day. Create the day you want to have, see in your mind’s eye yourself going through the day, and visualize all the things that you want to experience. This will then create a thought form or type of energy that will essentially go ahead of you and start to change things in your future, to create the events and experiences of your day.

The more time and effort you put into this process the stronger the intent and energy behind the thought form, and so the more likely it is that you will attract the experiences you have created.

Of course, other people you come across will be doing the same thing maybe in a subconscious way and so ultimately as the other energies interact with your created thought form the strongest, most powerful energy or thought form will prevail.

Boxers have been using this technique for many years although they may not fully understand why it works and other sports people and athletes use the same techniques. They essentially visualize the race, overtaking everyone else and holding the winners medal at the end. This creates a thought form that goes ahead of them and starts to change energy to provide them with what the thought form was programmed to do, i.e. win the race.

As the vibration of your planet rises the mental will soon start to overtake the physical, so the creation of thought forms will become very important. Those people that can create strong energetic thought forms will soon find they can draw experiences to them much quicker than has been possible before on this planet. Of course, this also means, by virtue of the fact that a balance must be available for energy to work correctly in the cosmos, those that understand and learn these techniques can use the creation of thought forms in a positive or negative way.

Energy and the manipulation of it can work for good or bad. If all the people on the planet spent time creating thought forms of peace and unity, war and negativity would very quickly cease to exist, as the universal laws would need to be obeyed. Governments would be displaced very quickly and the intent of the people would be complied with.
This planet can be changed by the few if the few used the universal teaching to create a world in which you would all wish to live in.

The thought form of fear is used by those in power to control the population of the planet and this is done by creating situations of negativity so that people feel negative and in fear. Therefore, they will subconsciously create a thought form that is fearful. This thought form is rather like a giant jigsaw puzzle that amalgamates itself as each person on the planet adds their energy to it, creating a huge cloud of negative energy which is then carrying a negative intent.

This can be used to create negative experiences for all on this planet. 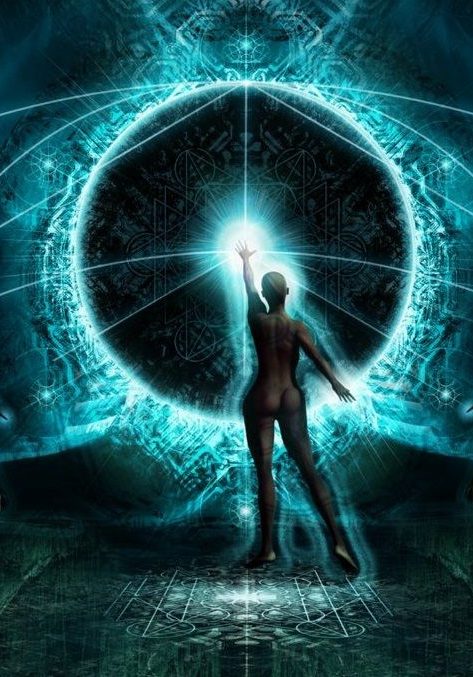