We have tested the “Original 30khz Zapper” and use them daily to maintain our own health. We are also researching their ability to keep negative entities away.

We are selling the Zapper
Since we are so impressed with the effect they seem to have we have sourced a UK based supplier where the product is made and we now offer these genuine original “Zappers” at an exceptional low cost.

How do I use the Zapper?﻿

Do not touch the two copper pipes together, or the crocodile clips when the Zapper is turned on, as that can break the ZAPPER. To use the Zapper, hold each copper electrode in one hand, turn on the zapper, light will illuminate. Note the brightness of the light shows the battery status, when the light goes out or really dims change the 9v battery in the back of the unit.

Dr Clark detailed the Zapper is very effective at killing all parasites, molds, viruses and bacteria following this schedule: 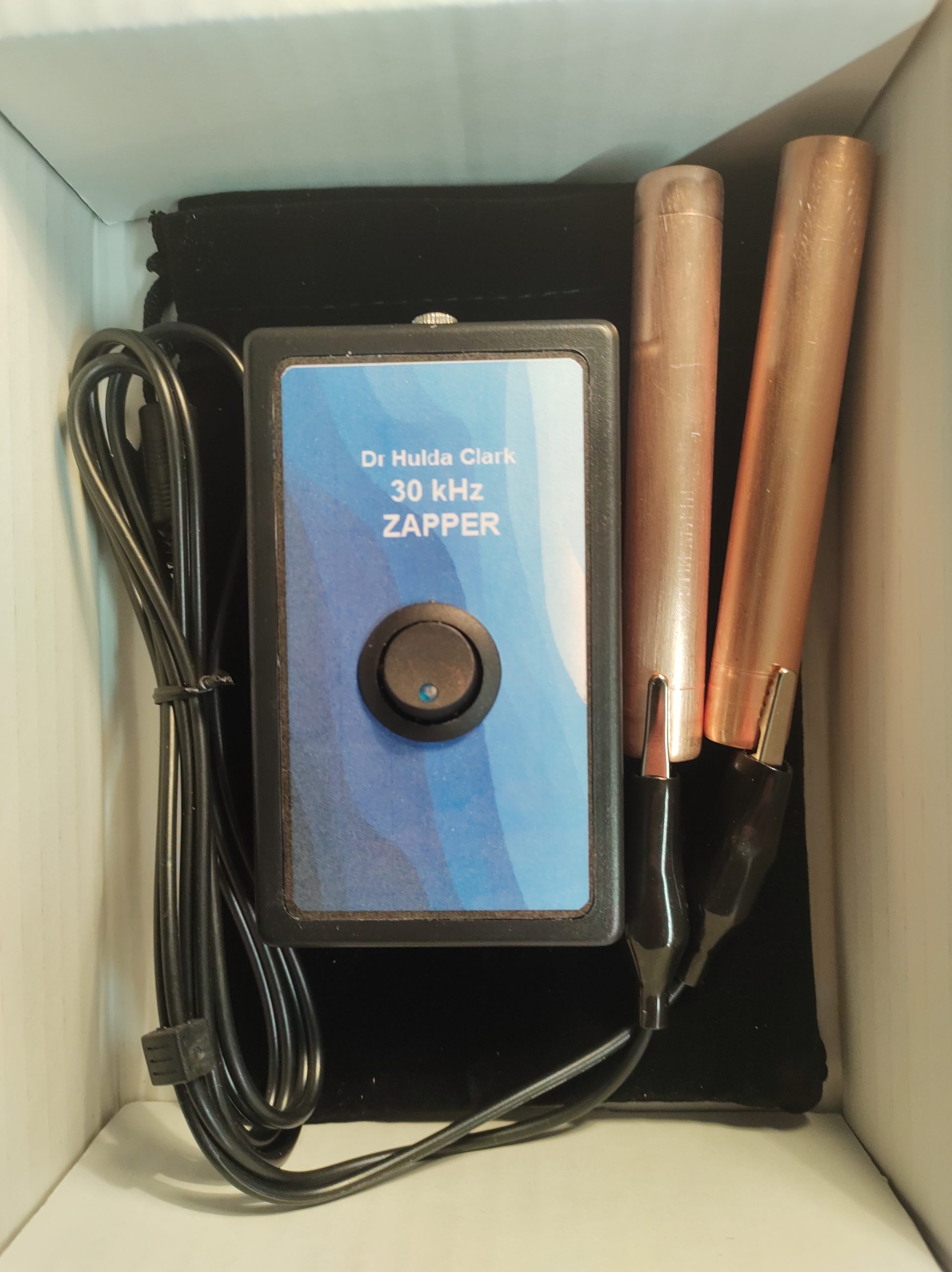 The Cure For All Diseases – Hulda Clark

Human Diseases Can Be Caused By “Parasites”

Parasitism is a close relationship between species, where one organism, the parasite, lives on or inside another organism, the host, causing it some harm, and is adapted structurally to this way of life

Hulda Regehr Clark was a Canadian naturopath, author, and practitioner of alternative medicine. Clark claimed all human disease was related to parasitic infection, and also claimed to be able to cure all diseases, including HIV/AIDS, by “zapping” them with electrical devices.

A parasite is an organism, which lives off its host like humans. They live a parallel life inside our bodies feeding off our energy, our own cells or the food we eat, even feeding off the food supplements we take.

According to Clark, all disease is caused by foreign organisms and pollutants that damage the immune system. She asserted that eliminating these organisms from the body using herbal or electrical means while removing pollutants from the diet would cure all diseases.

In her book The Cure For All Cancers, Clark postulated all cancers and many other diseases are caused by the flatworm Fasciolopsis buski. “The adult fluke, though, stays tightly stuck to our intestine or liver, causing cancer, or uterus, causing endometriosis, or thymus, causing AIDS, or kidney, causing Hodgkin’s disease).”

“I have found that cancer, HIV, diabetes, endometriosis, Hodgkin’s disease, Alzheimer’s disease, lupus, MS and “universal allergy syndrome” are examples of fluke disease.” However, this worm does not live in the United States or Europe, but mainly in India, parts of China, Vietnam and other east-Asian countries, and only in rural areas where people are eating unboiled food from water plants, or where pigs live close to humans.

According to Clark, depression is caused by hookworms. Epilepsy and seizures are caused by swelling in the brain, attracting calcium and heavy metals, The swelling being caused by parasites of the genus Ascaris as well as by malvin, a natural dye found in strawberries, chicken, and eggs 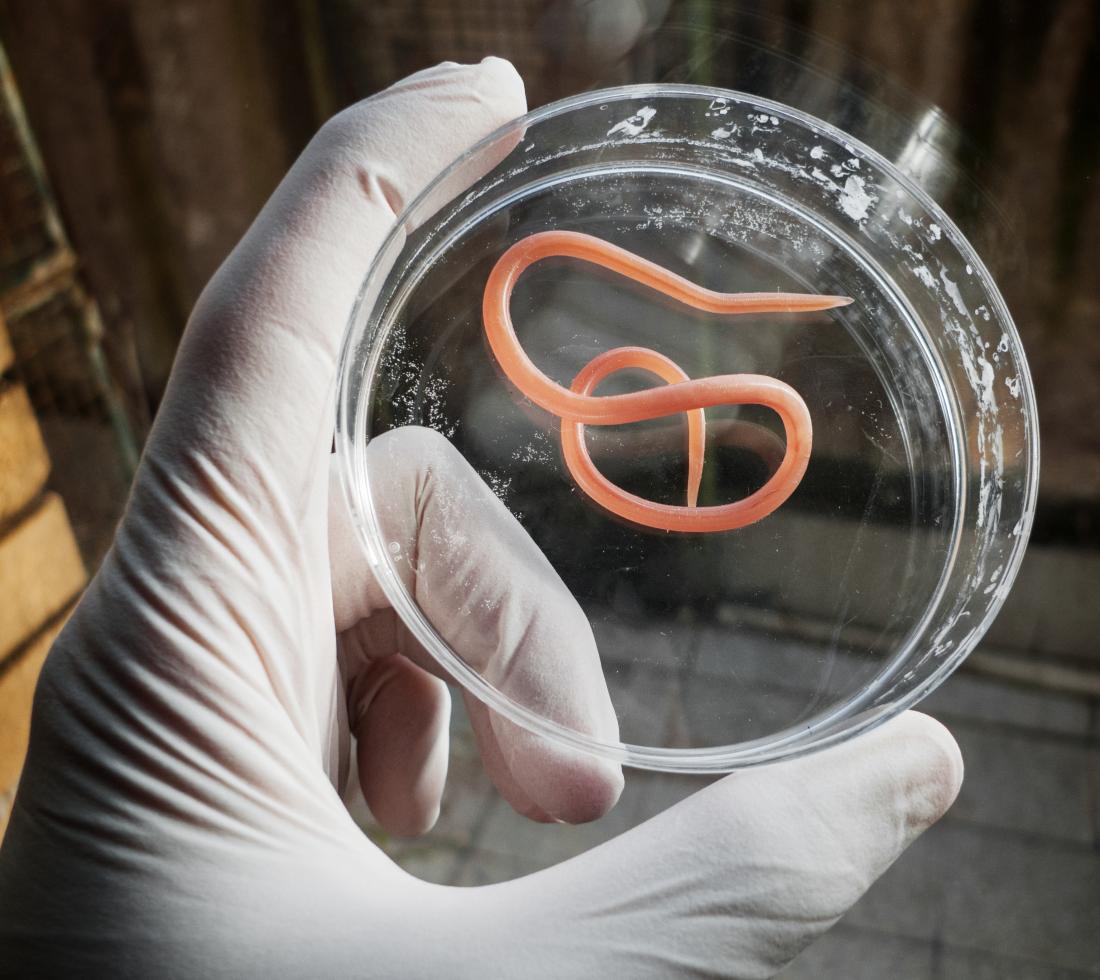 The Cure for all Diseases – Dr Clarks Book

The most promising discovery in this book is the effectiveness of electricity to kill viruses, bacteria and parasites. 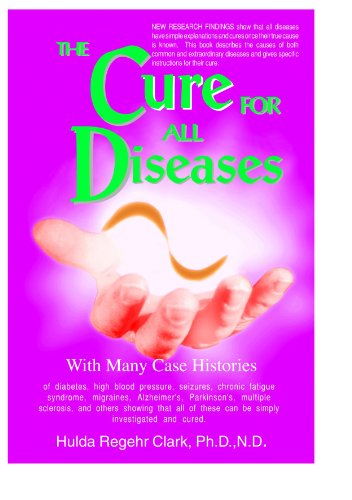 No matter how long and confusing is the list of symptoms, there are only 2 things wrong either parasites or pollutants according to Dr Clark.

Diet Cleanup: Clark said that most foods and supplements were sullied by contaminants such as heavy metals and mycotoxins

Liver flush: Dr Clark advocated the use of a “liver flush”. She said it removes gallstones and parasites from the liver and bile ducts. This involves fasting, epsom salt laxatives and a mixture of olive oil and grapefruit juice (the latter being known to interact with many prescription drugs).

Parasites: Dr Clark said people have parasites that cause numerous problems. She described herbal and electronic methods to remove them, such as her Zapper device.

Zapper: A device to pulse low voltage direct current (DC) through the body at specific frequencies. Clark said this device kills viruses, bacteria and parasites. In one case, a patient with a cardiac pacemaker suffered arrhythmias as a side effect of her “Zapper”.